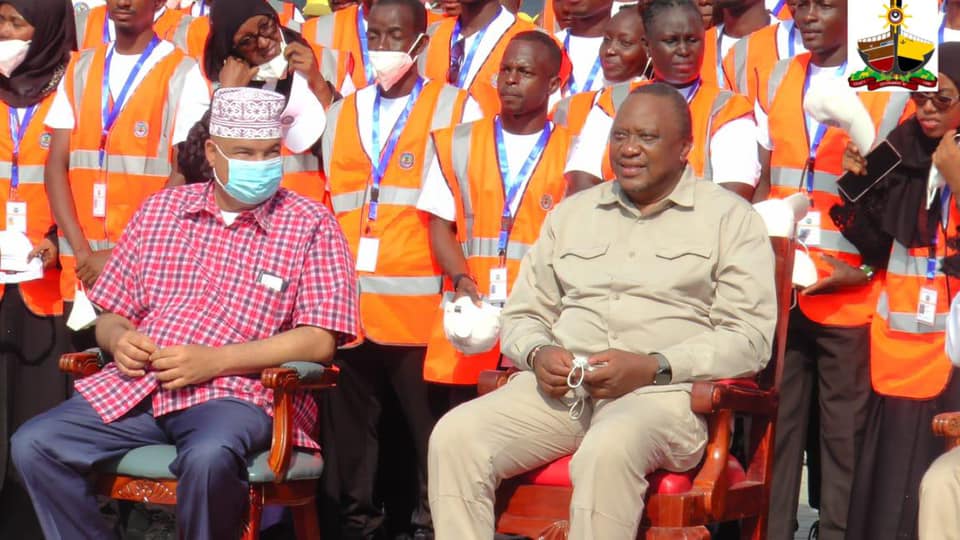 President Uhuru Kenyatta has officially launched the first berth of the 32-berth seaport in Lamu County.

Two more berths will be completed by the end of this year, completing the first phase.

In a historic move, nine years since the construction of the Lamu port begun, President Uhuru witnessed the docking of the Singaporean MV CAP Carmel, the first ship to dock at the deep sea port.

Accompanied by 10 governors, four cabinet secretaries and host of regional leaders, the Head of State termed the Lamu port as a key milestone in the roll-out of the regional Lamu Port-South Sudan-Ethiopia Transport Corridor project (LAPSSET).

Uhuru called on the Kenya Ports Authority (KPA) to apply the local content rule to ensure the local community benefits fully from the mega infrastructure project.

Lamu Governor Fahim Twaha congratulated the National Government for its commitment in ensuring the project kicks off, “Lamu Port will unlock the potential of Lamu county bringing with it great opportunities for our youths, investors and development partners ” Said the Governor.

He further requested President Uhuru to consider the projected influx of thousands of people to Lamu, saying additional funding from the National Government will be critical in ensuring seamless continuity in provision of basic amenities”

Lamu gets the least allocation based on the 2019 census. However with the existence of this sea port the population will increase significantly and that means all the population will have to depend on the existing county allocation. Our services will be strained and we therefore ask the National Government to consider ensuring Lamu gets extra allocation to cater for the great numbers expected to move to Lamu” added Governor Fahim.

Uhuru said they will in a few months time come back to Lamu with several African heads of state to launch all the three berths of the Port. The President had earlier today inspected the Garsen-Witu- Minjila Lamu road .

Lamu Port which has deeper and longer berths is being positioned as a transshipment facility where bigger ships could bring cargo for redistribution in the region. 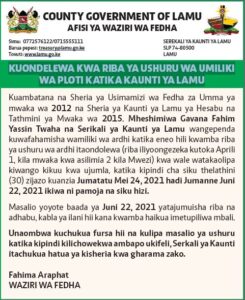