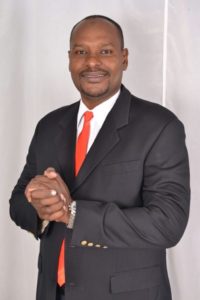 Agriculture remains the backbone of the Lamu County economy. It is the single most important sector in the economy; the main contributors to employment include agriculture, fisheries and livestock production. Given its importance, the performance of the sector is therefore reflected in the performance of the whole Lamu economy. The development of agriculture is also important for poverty reduction since most of the vulnerable groups like pastoralists, fishermen, the landless, and subsistence farmers, also depend on agriculture as their main source of livelihoods. Growth in the sector is therefore expected to have a greater impact on a larger section of the population than any other sector. The agricultural sector comprises the following programmes: administration and support services, crop development and irrigation and drainage.

The development of the sector is therefore important for the development of the economy as a whole. Thus, there are many players and stakeholders in the sector due to its role in the economy and its rural-based nature that touches the livelihoods of many people. The Lamu County Government is strong committed to increasing food security for its people. The Ministry of Agriculture and Irrigation is currently implementing the following programmes: Promotion of mechanized Agriculture, Provision of relief seeds to vulnerable farmers, Promotion of Irrigation based Farming, Water Harvesting through Water Pan, Provision of Agricultural Extension, Training and Accommodation services, Demonstration Farm Fund (DFF), Promotion of agro-processing and value addition technologies and innovations, Promotion of Cashew nuts Program, Promotion of Nerica Rice Production . The ministry in collaboration with other national programs is promoting enterprise based project like NAAIAP, SHEP-UP, CODA, NMK, Coconut Development Authority among others.

The County is endowed with vast agricultural opportunities which include: big tracks of land which can be used for agricultural production, highly experienced staff that will help in providing extension services strategically to trigger growth in agriculture, highly enterprising society of herders and farmers, ready market for agricultural products, completion of LAPSSET will enable ease of export of agricultural products this will make Lamu have comparative economic advantage in export over other counties in Kenya, vast irrigation potential in the Tana basins, Lake Kenyatta and Lake MOA areas, value addition potential of crops such as cashew nut, coconut, fruits and vegetables remains largely untapped, vast opportunities are opening up in the production of biofuels from sugar cane, maize, millet, sorghum, jatropha and other oil-bearing seeds.

Despite the significant contribution of agriculture to Lamu County economy, the sector is facing major challenges which include: insufficient and poorly maintained transport and market infrastructure for handling food products, low agricultural output and productivity resulting from low adoption of appropriate technologies such as high-yielding crop varieties, inadequate application of fertilizer and manure and high cost of inputs and productive resources such as credit and irrigation infrastructure, staff shortage, transport for extension staff, limited access to markets and narrow market destinations for various commodities the county is capable of producing and poor access to credit by producers in spite of a well-developed financial sector.Due to arsonist attacks in Lamu West sub County some of the farmers left their farms for security reasons and their crops were either destroyed by wild animals or chocked by weeds. Poor price due to insecurity which has scared away buyers. This has a negative impact of demoralizing the farmers and denying farming the needed capital for production. It is therefore, imperative that this interruption is removed so that the sector can go back to increasing growth path.

Lamu County falls within four agricultural eco-zones ranging from Coastal lowland to the ranching zone. These are the CL3 (Coconut-Cassava zone), CL4 (Cashew nut-Cassava zone), CL5 (Livestock-Millet zone) and CL6 (Ranching zone)Soils in the County are sandy, sandy loams in nature and pockets of clayey and loamy soils exist within the region. In this sub-humid region of coastal Kenya, the rainfall received is enough to sustain crop production during the long rains (LR) season. In Lamu County, crops are grown by small-scale farmers in the whole Lamu County under rain fed conditions where annual rainfall is ranging from 540 mm to 1,000 mm per year. In the County about 80% of the crops are grown during long rains while the remaining 20% grown during short rains. However, short rains are not reliable though farmers persistently plant crops in every season.

In Lamu County, most of the crops are produced by small scale holders in a mixed farming system. The main food crops grown include maize, sorghum, cow pees, green grams, d. lablab, rice and cassava. The cash crops are cotton, sim sim, coconut, cashew nuts, bixa, vegetables and mangoes. Horticulture is also a major enterprise in the County producing vegetables such as amaranth, kales, tomatoes and capsicums. Fruits crop such citrus and bananas for both local market and other markets in the coast province.

However, some of the challenges faced by agriculture sub-sector in the County are:-

Promotion of Irrigation based Farming